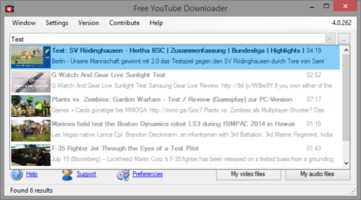 Sorry about that, old chap. The Independent is reporting today that in his testimony before a US military tribunal, Bisher al-Rawi claims that he acted as a "go-between" for MI-5 and Abu Qatada, "the militant Islamic cleric alleged to be al-Qa'ida's "spiritual leader" in Europe. Al-Rawi has named three MI5 agents - "Alex", "Matthew" and "Martin" - and asked that they be called as defence witnesses.

These people stayed late on a Friday night to ask me questions.

The least I can do is give a little love. I had no more steps in my contract and there wasn't much talk about paying me to do more work.

I left and went on to other projects. After some months David Koepp was hired and rewrote me. After MI-3 was delayed Cruise's schedule opened up and the movie was greenlit. The fellas went off and made the movie in record speed. All movies are assigned temporary credits which are the studio's best guess as to what the credit will be. The Artful Writer has a great discussion on this topic here.

Of course it matters. WOTW is a perfect example. I know.

Shocking to find out. I'd link you to his IMDB but frankly the guy doesn't need my help and you probably know his credits better than I do. He's very good and he works his ass off and people trust him to get movies made.

And they should. So they put David up for sole credit. What was their reasoning?

Was that their best guess? Was that what they wanted to see happen? Didn't ask. Didn't care.

Didn't surprise me. Except for me. And my wife. I'd include my parents but I think Dad secretly thought it finally validated his theory that I was too lazy to be successful. So what happens?

David Koepp is free to continue being David Koepp. He can do interviews.